In response to the Adams v Richardson ruling, the newly consolidated UNC System submitted a desegregation plan to the department of Health, Education, and Welfare’s (HEW) that consisted of the promise to increase the number of minority faculty and students at historically white institutions.  HEW rejected this plan on the basis that it did not provide specific numerical goals. The President of the UNC System, William Friday, stated in a later interview that he felt HEW insistence on measuring desegregation by numbers put the state in a situation.

The N.C. Alumni and Friends Coalition (NCAFC) made up of alumni from historically black colleges and universities (HBCUs) urged the state to use numerical goals as well as eliminate duplicate programs at historically white and black institutions. The UNC System revised plan avoided using numerical goals but suggested that long range planning could identify and eliminate duplicate programs.

The Office of Civil Rights, a subsection of HEW in charge of desegregation in higher education, accepted the state’s desegregation plan but urged the state to ensure that the UNC system could not add new programs that would perpetuate competition based upon duplication of offerings among predominantly black and white institutions.” The state desegregation plan set the stage for future disputes between the UNC system and HEW over duplicate degree programs offered at historically white and black institutions. 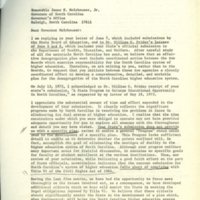 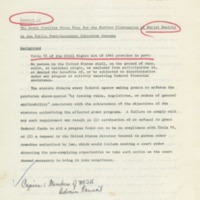 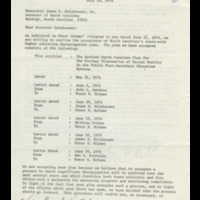 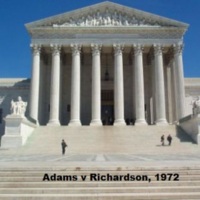