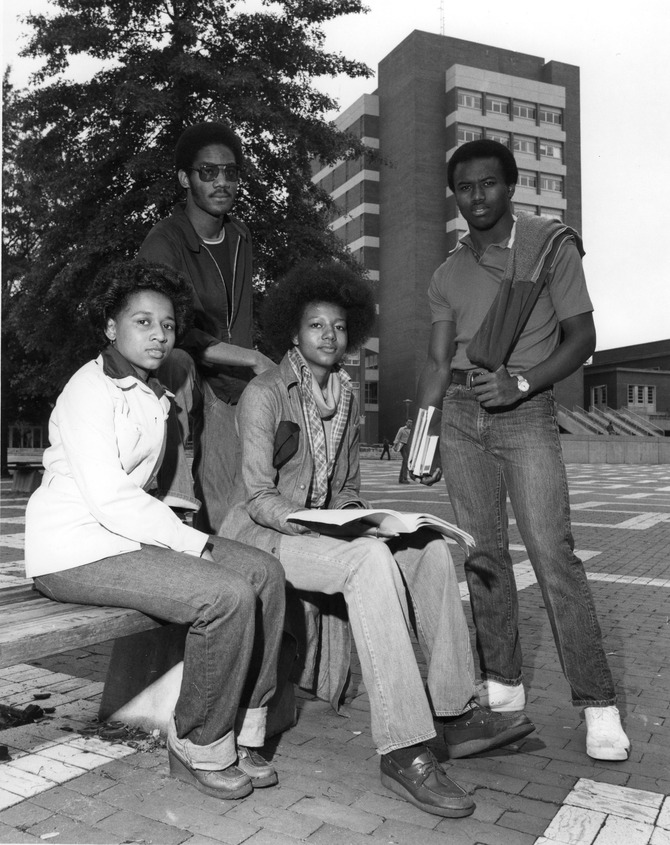 The photograph above is from the early 1970s and depicts four African American students posing on campus. To find out more, click on the photo.

Welcome to Crossing the Color Line: Desegregation at NC State, 1950-1981, a collection of essays and primary sources exhibiting the history of integration and desegregation at North Carolina State University in Raleigh, N.C.

Crossing the Color Line explores NC State’s transition from a predominantly white institution to a more inclusive university, open to all students regardless of race. This site primarily focuses on the integration of undergraduate students, with particular emphasis on administrative policies and early student groups. These topics are explored through a series of case studies which highlight NC State’s unique experiences while placing them in a larger state and national context. The project was undertaken as part of a final assignment for HI 534, History and Digital Media, completed under the instruction of Dr. Susanna Lee.