As J. Herman Blake writes, Black Nationalism emerged in the early nineteenth century because African Americans felt a disconnect between American ideals--liberty, independence, democracy--and the everyday realities--slavery, racism, oppression--that they faced because of their skin color. Early proponents of Black Nationalism were often free blacks struggling to make their way in a white-dominated society. These individuals argued that the American system of slavery and racial hierarchy would never allow for political equality and justice for African Americans, so the only hope was for African Americans to establish a separate country of their own elsewhere. When the Civil War ended slavery in the United States, Black Nationalists ended their calls for emigration and looked forward to exercising the new political freedoms they gained in the Fourteenth and Fifteenth Constitutional Amendments.[2] 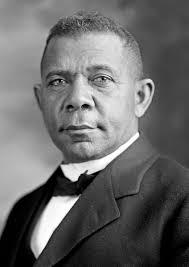 Although economic nationalism succeeded in strengthening internal bonds within the African American community, it made few inroads into ongoing discrimination against African Americans in the early to mid-twentieth century. Once again, Black Nationalists turned to a different strategy: cultural nationalism. This view promoted pride in African American history and culture as a way to develop racial pride and identity. It was also thought that promoting historical accomplishments of Africans and African Americans would show white America that black people had made significant contributions to world history and therefore deserved equal rights in contemporary society.[5] 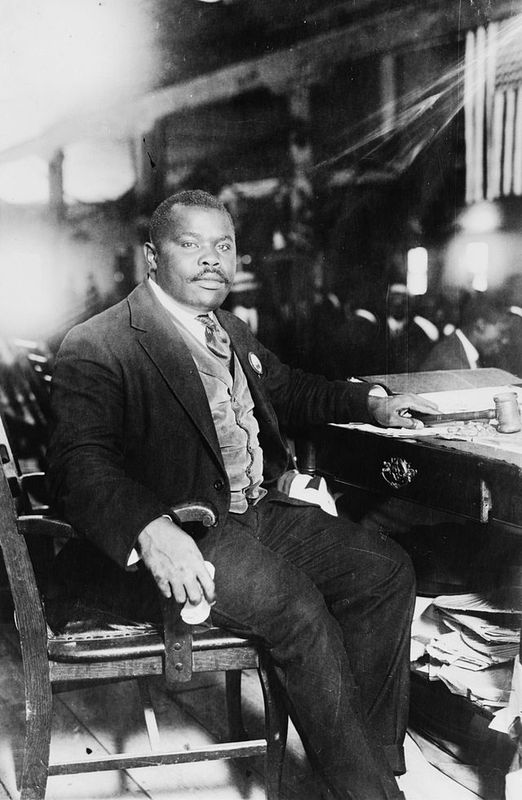 After World War I, writer and activist, Marcus Garvey, integrated these three themes--political, economic, and cultural nationalism--into one ideology that rejected white values and embraced blackness on its own terms.[6] In the mid-twentieth century especially, this integrated form of Black Nationalism often served as a counterpoint to racial integration movements. Black Nationalists in the 1960s and 1970s included Malcolm X and the Nation of Islam, as well as Huey P. Newton and Bobby Seale, founders of the prominent Black Panther Party. These groups and individuals frequently emphasized Black people's right to self-determination, or their right to decide their own form of government and control their own lives. In the process, they encouraged individuals to hold leaders, Black, white or otherwise, accountable for their decisions. Like their predecessors, Black Nationalists in the 1960s and 1970s also emphasized independence from Anglo-American culture, and promoted a shift towards (or back to) African society and culture (a movement known as Pan-Africanism).[7] 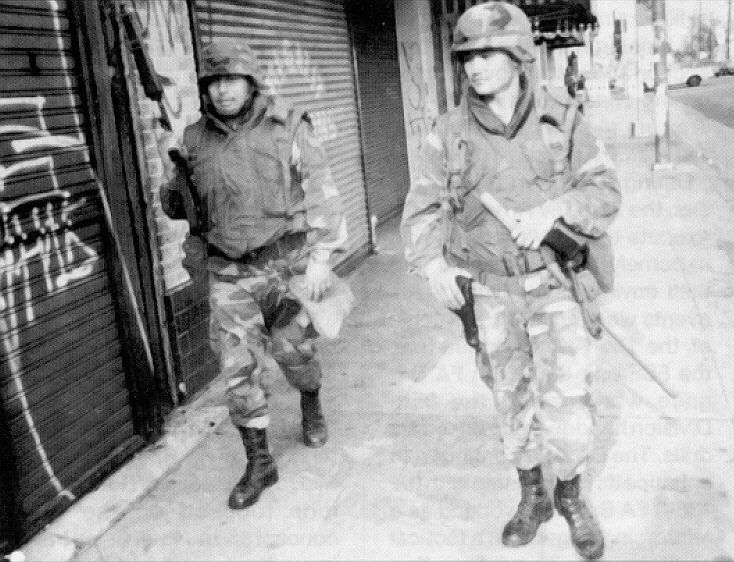 Even after the political decline of the Black Panther Party in the 1980s, Black Nationalist thought continued to influence African American activists well into the 1990s, thanks to ongoing publications of the Party's newspaper, The Black Panther, and other literature.[8] Changing demographics in the U.S. and the political threat that new groups posed sparked a conservative backlash against multiculturalism, affirmative action, and other policies intended to promote diversity.[9] At the same time, events like the 1992 Los Angeles riots sparked anger over racial profiling, white police brutality, and judicial prejudice.[10] Ongoing racism and political conservatism frustrated many African Americans who had hoped that the 1990s would usher in a new era of improved race relations. As Kevin Blue's article in The Nubian Message reveals, the rise of Black Conservatism, which emphasized individual self-improvement, economic development through free enterprise, and integration within mainstream American society as the keys to African American success, particularly angered African Americans who thought that such views betrayed the African American community's interests as a whole. The Conservative movement galvanized individuals like Carolyn Holloway of The Nubian Message to call for African Americans to unite in the face of political opposition and collectively voice their concerns and interests.[11]

In addition to reviving elements of Black Political Nationalism in the 1990s, individuals disillusioned with the state of race relations in the U.S. also responded by adopting Black Nationalist views about African American history and culture.[12] The hope was that cultural nationalism could unite African Americans once again in the face of outside racism by providing common bonds of history and heritage. The Nubian Message's calls to adopt an alternate spelling of "Africa," reject "white" materialism and definitions of success, and receive "strong doses of Afrocentric material" can be seen in this light.[13]

The Illusion of Inclusion: The Nubian Message in the 1990s

← Later Pride in the Message
Breaking the Chains of Bondage: Remembering Slavery to Realize Freedom →
We Shall Not Be Moved: Black Nationalism at NC State
Black Nationalism in Historical Context