Discrete Discrimination/On the Future of HBCU's

Discrete Discrimination/On the Future of HBCU's

Included below are excerpts from two editorials on racial issues on campus first appeared in The Nubian Message, North Carolina State University's African-American student newspaper, which was first published on November 30, 1992.

Houpe's editorial draws on his experience working in real estate law and claims that African-Americans still did not receive "equal treatment on two very important issues." First, Houpe points out the fact that throughout the 1990s, mortgage companies engaged in "predatory lending" toward African-American customers. Next, Houpe notes that recent reports from the "20/20" television program attest to the discrimination directed against African-American car buyers. In conclusion, Houpe asks if "some members of white America abandoned the white hoods and sheets in favor of a shirt and tie?"

Brandi Livington's column in this issue of the Message examines issues of funding and diversity facing historically black colleges and universities (HBCU's). Moreover, with the threat of funding cutbacks by state legislatures, Livington calls on her readers to vote in the 2000 election to ensure that "drastic changes are made" to shore up the finances of HBCU's throughout the nation. This column demonstrates how the Message staff frequently connected on-campus concerns and issues with the state and national politics that affected them.

Another purchase that millions of Americans make each year is their automobile. Not unlike the real estate business, the automotive sales industry has found veiled ways to discriminate against minorities. “20/20” did a report on the treatment of minorities in regards to automobile purchasing, and the results were astonishing. They sent two young African-American guys to a luxury car dealership to observe the treatment that they received. They were first ignored, and not one of the salesmen that were idle attempted to help them. Next, the two guys asked if they could test-drive a car, but were told that they would have to make a down payment first. Finally, they were asked to leave the premises if they weren’t going to buy anything (keep in mind they [sic.] no one asked them if they needed help). These are not normal practices of car dealerships, but rather the actions of a company that discriminates. This particular dealership was one of the worst cases, but it was not alone in its discriminatory practices.

I offer this information, not as a tool to incline us to hate or practice reverse discrimination. I offer it as information to raise the question: have some members of white America abandoned the white hoods and sheets in favor of a shirt and tie in an effort to disguise their blatant discrimination?

Livingtston, “On the Future of HBCU’s

With recent legislation such as Ayers vs. Fordice in Mississippi, the future’s of historically black colleges and universities are looking pretty dim. Many state legislatures have begun to question why both black and white schools are maintained within a state school system. The focus of HBCU’s has changed as well. For example, at Fayetteville State University there are more than 1,000 white students. That is 27% of the student population. How can HBCU’s promote diversity as well as retain their historical character?

Other than legislation and diversity issues, HBCU’s have tremendous funding problems. State legislatures seem to be phasing out their funding for HBCU’s. Since HBCU’s are on the low end of corporate and alumni support they are dealing with extreme financial stress. When African-American students are faced with the decision of going to a historically black university vs. a traditionally white university, they are faced with many dilemmas. Since HBCU’s rank so low in funding, will their educational programs be comparable to their traditionally white counterparts? Also, is it realistic to spend four years around people similar to you and then have to work in corporate America where African-American professionals are few in number? When you graduate, will a degree from an HBCU be valued equally to a degree from a traditionally white university? 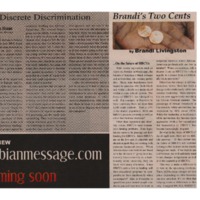