Julius Chambers, was a member of the University of North Carolina's Board of Governors from 1972 as a representative of his alma mater, North Carolina Central University. In 1977 he resigned out of protest over the Boardâ€™s handling of desegregation. Chambers has three interviews which are available as part of the Southern Oral History Collection. In this interview, he talks about the stateâ€™s response to HEW. Chambers says that he felt that the state had â€œwoefully failedâ€ to ensure minority students admissions and to make traditionally black instructions competitive within the UNC System. (pg. 7-8)

JULIUS L. CHAMBERS:
In 1969, the NAACP Legal Defense Fund filed a proceeding in Washington challenging the continued funding by the federal government of segregated institutions, not only of higher education, but elementary, secondary schools as well. So that law suit, then called Adams versusâ€”I've forgotten who he wasâ€”Fence, who was then Secretary. The Nixon administration had announced that it would not enforce Title VI, which prohibited funding of segregated programs. And based on that policy, and the programs of the Nixon administration, we filed a law suit asking the court to enjoin the Federal government to enforce Title VI. And that litigation grew and changed under each of the new secretaries. But it was designed to require the Federal government direct the states that were receiving Federal funds eliminate the vestiges of past discrimination in higher ed, among others. And growing out of that the court issued an order, and the then Department of Health and Education, directed each of these states, including North Carolina, to come in with a plan for the elimination of discrimination in higher ed. And North Carolina initially resisted, contending that the University was not discriminating. And the Board of Governors became very involved in the University's and the state's response to the Health and Education Department's directive that the state come in with a plan. Some members of the board felt that the University had done all that it needed to do to comply with the mandates of Brown or the constitution. Some others, including myself, felt that the state had woefully failed to do what was necessary to not only ensure equal opportunities in admission for minority students to these institutions, but also to enhance the traditionally black institutions, to make them competitive entities within the university setting. And that was sort of the stageâ€”we got into an extended debates and arguments about what the roleâ€”what role the University should play in opening up opportunity. Friday, I think, maybe for political reasons or whatever, took a rather strong position that the University had done all that it needed to do. And you couldn't force minority students to go to Chapel Hill, or whatever other traditional white institution you were talking about. And that they had done as much as was necessary to enhance the traditionally black institution. On the other hand, a number of people argued that A&T, and North Carolina Central, and Elizabeth City, Fayetteville, any other traditionally black institutions, were just there, underfunded and not allowed to play an equal role in providing the educational programs. And that debate continued through the settlement that was finally reached, I guess, with the state and the federal government after Reagan took office. I guess that would have been in the 1980s. '81 And the debate is still going on. 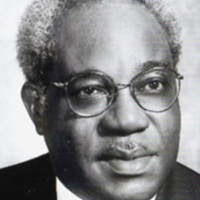