Peter Holmes became the Director of the Office for Civil Rights (OCR) in 1973 and held the position until 1975. In this interview, he describes the 1975 negotiations with North Carolina over the veterinarian school. He felt that placing the Vet school on a historically black campus would demonstrate a good faith effort on the part of North Carolina. He also pointed to the difficulties of the issue by pointing out that by placing the Vet program at NCSU it increased the number of black students attending that university. He didnâ€™t find that North Carolina was more resistant than the other states. However, by placing the Vet School at a historically white institution, he did feel that it was a basis for finding the UNC system in noncompliance. (pg. 5 and 12)

WILLIAM LINK:
. You mentioned that the vet school, the primary thing that concerned the office was that the vet school was an example of bad faith, or of a plan that wasn't working? Is that right? I mean, here you have the vet school comes on the heels of the desegregation plan having been approved by the OCR, and on the heels of that you have the question of locating a new program that could enhance a black institutionâ€”it could encourage desegregation in the system, and yet it's located in the white institution? Is that an accurate rendition of what how your office viewed the issue of the vet school?

PETER HOLMES:
[pause] It's probably accurate. Probably accurate. My own personal view, clearly the location of the veterinary medicine school at the black college would have been an extraordinary, a special, a unique demonstration of a very high profile and symbolic effort to enhance the black college. My personal view was though that that was not our decision to make. It was North Carolina Higher Education System's decision to make as to where they located that veterinary school. And so long as their decision was not racially discriminatory, or racially motivated, I didn't think we could differ with it, as a matter of law and policy. It became symbolic. If they had done it, fine, I think it would have been a major breakthrough. But I don't think the fact that they did not locate it, or did not propose to locate it at the black school, that they located at a predominately white school was a basis for fighting them in noncompliance with Title VI. 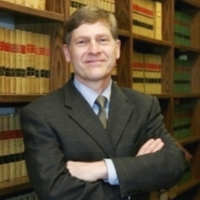