This image represents the men and women who were often displaced due to city urban renewal programs. Though just about every citizen had an opinion as to where investment was most needed, not everyone had a voice in the political process. Downtown Raleigh homes were destroyed in order to expand roadways and remove blight. The city had turned its attention to the suburb. 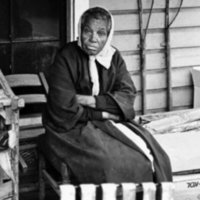