The growing trend of annual reports in the 1970s is the inclusion of information about female and minority students, mainly because the School felt it was important to notice them. This change occurred because of Affirmative Action and the Women's Liberation movement. The report states one-third of the incoming freshman into SALS were women. The report also reviews the Agricultural Institute revealing these students were lower in their rank in high school than their counterparts in the four-year degree. Despite this fact, NC State admitted these students because their mission is to educate and empower students who normally have few opportunities. Granted this philosophy was originally pointed towards white males, but the School believed in empowering students in formal training, rather than rejecting them. This report also shows student responses to a survey about the relation of curriculum to their employment. Of 367 former students, the survey showed the curriculum more indirectly applied than directly applied to their employment. This statement can lead a historian to question if the School was really empowering students through education or were there other methods? Other charts in the document show student satisfaction with the program and courses.

School of Agriculture and Life Sciences 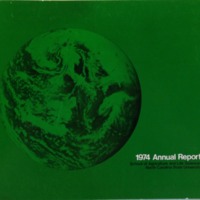