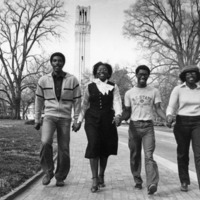 Crossing the Color Line: A Means of Protest, 1968-1972, examines the activities of the black student organization the Society of Afro-American Culture (SAAC) at North Carolina State University from its founding in 1968 until 1972. Self-identified as the "political and cultural organization of Black Students at NC State University," the SAAC took part in student outreach and campus demonstrations.1

Analyses of documents crafted by and about the organization reveal that the SAAC adhered to larger national black student organization trends, such as aligning itself with the relatively young Black Power Movement. Throughout its formative years, the SAAC concerned itself with a broad spectrum of local, national, and international issues, including the plight of black non-academic staff members at NC State.

Many of the sources were drawn from the limited SAAC holdings available at NC State's Special Collections. These include SAAC documents and newspaper articles from the student newspaper, the Technician. 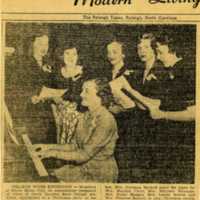