State's Mates started as a bridge club for students' wives in the fall of 1947. It was operated out of the State College Woman's Club and did not draft its own constitution until 1953. State's Mates was the first woman's group to have photographs of its members in the Agromeck yearbook. When their husbands graduated, State's Mates received their "Ph.T.'s", a special degree that stood for "Putting Hubby Through." The Mrs. NC State beauty pageant ran from 1963-1972. Winners were typically crowned by their husbands. Most State's Mates were employed, in clerical or sales positions. A number also found employment as laboratory technicians at NC State. 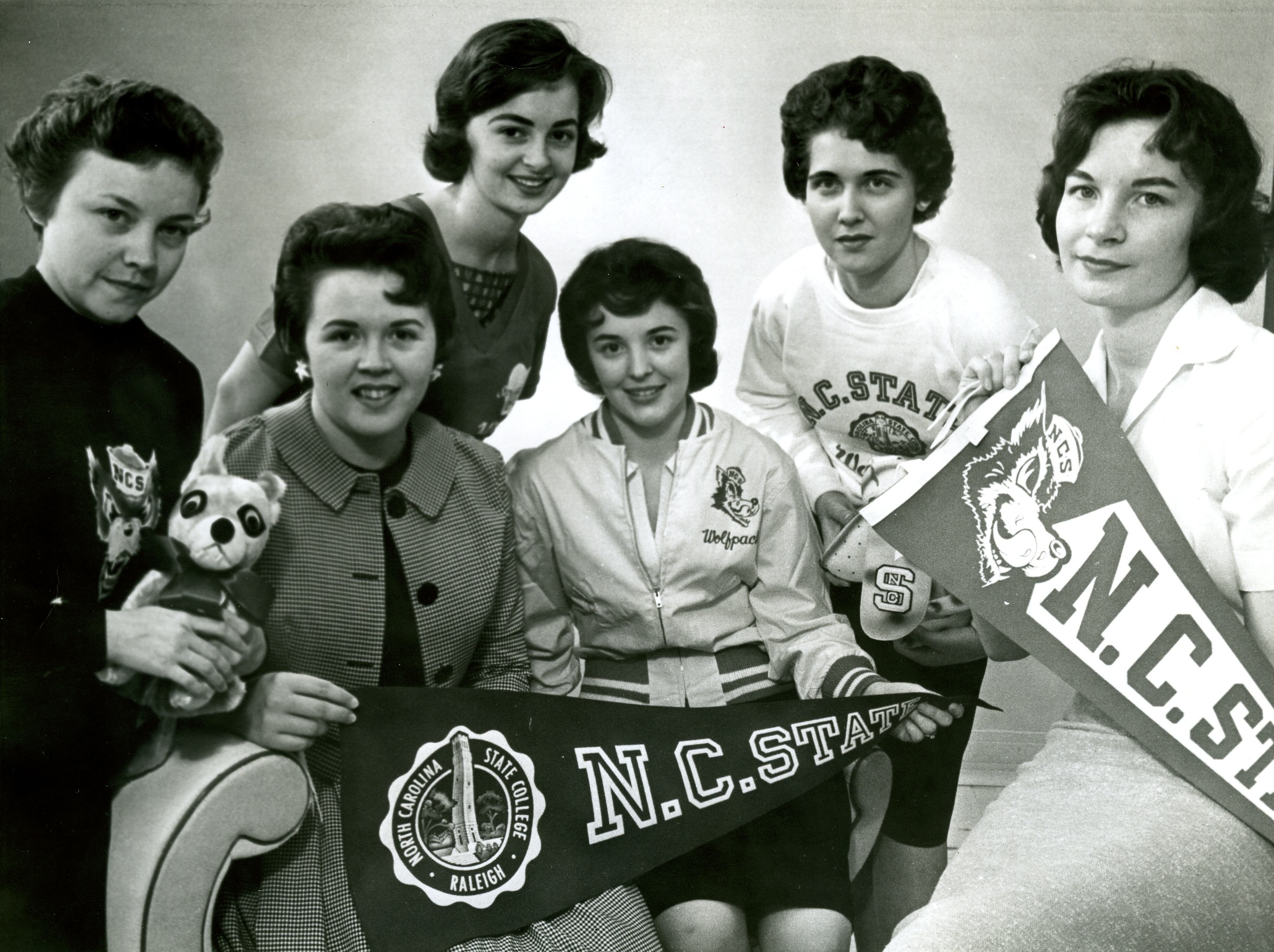 State's Mates was an organization of student wives on the campus of North Carolina State University that operated from 1947 until 1977. Although the club originally formed as a bridge group, they later evolved into a full-fledged social and civic association. The group served as a forum for the members to discuss issues relating to marriage, children, and monetary concerns and was an outlet for the women to publicly display their conceptions of femininity through variety shows, the Mrs. NC State pageant, fashion shows, and an array of service activities.

How to Use This Site

This website contains both source materials concerning State's Mates and interpretations. Take a look at our exhibits to see documents produced by State's Mates drawn into interpretive narratives.

If you want to learn more about State's Mates without any interpretive text, browse our collection of primary sources.

The Good Wife Diploma contains three exhibits, each of which examines an aspect of State's Mates over roughly the same time period. Through social, civic, and occupational identities, you can learn more about what it meant to be a State's Mate.

State's Mates produced a good many materials during their years of existence. This collection contains photographs, newspaper clippings, annual reports, correspondence, and more.

If you'd like to know more about the creators of this site, click here. This site also contains a complete list of the secondary sources we consulted.