Activists and Authorities: the May 1970 Protests at North Carolina State University

This collection contains a variety of items relating to the events leading up to the Peace Retreat at NC State, including the conversion of the school from State College to the liberal arts NC State University; the term of John T. Caldwell as chancellor of the university and his opinions about the Vietnam War and the role of education; the momentous election of Cathy Sterling as student body president in 1970; and, of course, the Peace Retreat itself.

The items contained in this collection include photographs, issues of The Technician (NC State's student-run newspaper), speeches written by Chancellor Caldwell, and more! They provide a vivid snapshot of life on NC State's campus during the university's transition to a liberal arts school and to university life during the 1960s and 1970s.

"What Is the Purpose of Education?" 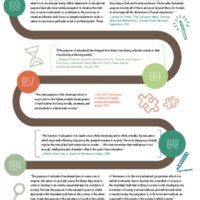 This infographic from the Association for Supervision and Curriculum Development (ASCD) explores the changing opinions about the purpose of education throughout the twentieth century by using quotes from various people during the times in question. 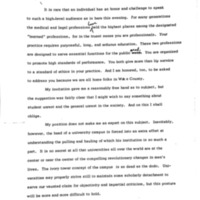 This in-work copy of John Caldwell's speech recognized the main problems of the world and accepted students' discontent with how the world was operating. He reminded his listeners that not all students were the same: some practiced anarchism and…

"The Chancellor earns an ovation and flowers, too" 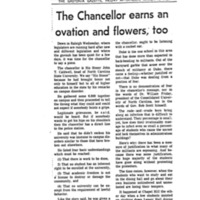 This editorial in The Gazette lauded Caldwell for his statements in his 1969 convocation.

View the items in Activists and Authorities: the May 1970 Protests at North Carolina State University